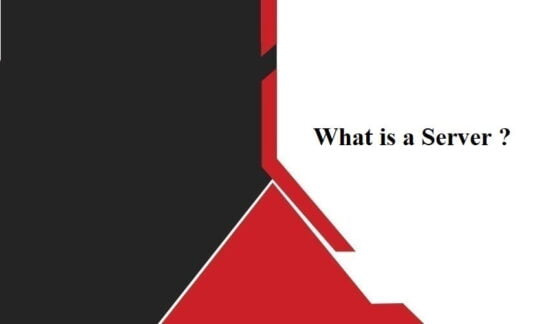 Today I share with you different types of servers. If you like networking as a hobby, this article is for you. A server is a computer or system that offers resources, data, and programs to other pcs that are called clients at a network. Servers can operate several types of computer machines. One more thing that is involved with the server is that the more demanding your server will be the more hardware storage you will need. For a good and effective IT infrastructure, your server should be swift and powerful. Because it is the source that stores, sends, and receives data from all the computers that are connected to each other. If we outline about server then it is a device that delivers data from one computer to another computer. So, let’s discuss the different types of servers.

Three Categories of a Server

This server is the same as a normal desktop computer system, but it contains various components of server hardware. Tower servers accessible in different shapes can deliver enormous processing power and there won’t be required any other mounting hardware for support.

The rack server is like a horizontal material. It allows its users to install an abundant amount of servers because it can handle all of them with great efficiency. It is mainly designed to manage enterprise solutions. Data centers are the most common places where these servers are utilized.

A blade server is like a module that allows multiple servers to be grouped in a smaller area. These servers are tangentially thin and possess only CPUs, memory, integrated network controllers. It is similar to a compact device that can hold the whole network in one place. A blade server is a channel between computers, programs, applications, and systems.

There are several types of servers. Today we are going to discuss about the eight main servers.

File servers are used to save files and distribute them. The stored files are shared by the users. Moreover, file servers provide a backup and tolerance strategy with reliable security. File server hardware can also be manufactured to increase the read and write speed for better performance.

Print servers offer the facility of managing and distributing the printing functionality. It prevents the installation of print software at every system but allows them to use printing flair for their requirement. Nowadays, the latest printers are coming with a built-in server that allows users to take the benefit without installing any additional computer-based software.

An application is manufactured to provide installing, operating, and hosting of several applications and services. Furthermore, it offers hosting abilities and a supply of business applications to high-end users. An application server allows both kinds of assistance i.e. to create a web application and proper server surrounding to operate them.

Domain Name System (DNS) servers are application servers that give client computers name resolution by transforming them which is understood by humans into a readable IP address by the machine. In short DNS server is used to translate human domain into Internet Protocol addresses. The DNS server has a list of its users and it responds according to their respective addresses.

The common type of application server is Mail Server. Mail servers receive emails that are sent to a user and no client can access them until they haven’t gotten permission from the user. Every email which is sent to anybody goes through a chain of mail servers.

The web server is responsible for running the websites on a pc. If the webserver is not open to the public and is used within a particular area then it is known as Intranet Server. The main job of a web server is to display the website content.

Most of our researched data is stored in database servers. Databases need to be accessible to the clients from various locations at a certain time and can require a huge amount of space in the disk. The database server runs several database programs and responds to them according to the demands of the users.

A virtual server is a server that allows the connection of both hardware and software with the operating system (OS). A virtual server is considered the best in Web hosting because it is cost-effective and provides efficient resource control.

Functions of the Server

The server is utilized to access, hold and send all files and applications from one computer system to another. The local network is used for creating multiple computer connections in several enterprises. The server’s major function is to operate various domains through a computer system that can become user-friendly.

A server is a computer program or system that gives facilities and ease to its users and computers through its capabilities. For a higher server, you need a high storage capacity. Because in a large set of servers a massive quantity of data is saved. The customers of the US have a high chance to make their organization more flourished through associating their system with several servers. Many authentic IT retailers in the US are facilitating their clients via server for sale strategy. In a nutshell, a server makes our complex task easy by transferring data from one pc to another pc without relating your system with any other source. I think you understand and get information about the different types of servers in this article.