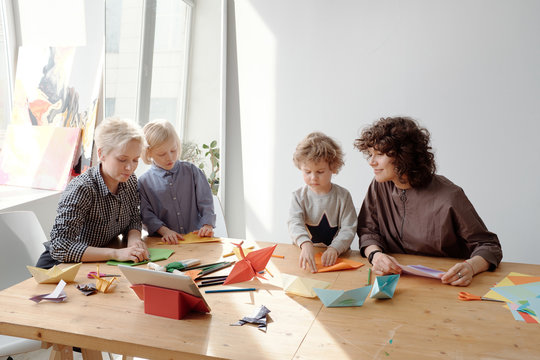 Origami is a creative hobby. You can find this lesson step by step origami hobby guides. It is one kind of fun playing with paper. The origami hobby gets popularized in Japan. Origami is a Japanese word. The word “Ori” means folding and “gami” means paper. Now it is a tradition in China, Japan, Korea, Europe, etc.

Benefits of origami hobby for kids

Origami is an illustration of paper folding. There are several types of origami. Most of the origami designs is two or three-dimensional. Now we discuss step-by-step origami, which is most popular.

Action origami is funny and it is designed that allows moving objects like kissing lips, jumping frogs, etc. When you touch the frog with your finger, it will be jumping.

Origami in which two or more sheets of paper are folded into units, or modules, is known as modular origami. A few modular origami examples are ball, star, cube, flower, etc.

Strip folding is also known as “origami fringe” because it combines paper folding and weaving. A lucky star or a dream star, Moravian Stars are examples of strip folding.

Wet folding Origami is a comparatively new method of paper folding. It is an origami technique that creates models with mild curves instead of geometric straight folds and flat surfaces. The paper is dampened to make it easier to mold, and when it dries, the final model maintains its shape. First, It was designed by origami master Akira Yoshizawa and requires moistening the paper before folding. The result is a model with a softer, textured appearance and mild curving lines.

Only simple mountain/valley folds are permitted in Pureland origami, and all folds must have obvious locations. In the 1970s, it was developed by John Smith. Because there are no difficult sinks or reverse folds, Pureland origami may be appropriate for people with disabilities. Surprisingly, some people find Pureland origami difficult to master: create stunning models with a single piece of paper.

Paper is the only material required for origami. Some origami paper has a colored one side and a white one. Now we need to learn paper folding techniques and ideas to start the origami hobby.

Fold the paper’s lower edge inward. Keep the fold in place with one hand. Shape a smooth crease on the other hand by running a finger down the fold axis. That’s all there is to it; you’ve made a valley fold.

The paper flips on the opposite side in a mountain fold, which is the inverse of a valley fold. The paper is folded backward, away from you, in this situation. The crease would be on the top when the paper is opened, giving it the impression of a mountain.

Squash folds require marginally opening the paper before pressing it flat into the desired form. In this simple origami envelope project, the squash fold can be seen.

An inside reverse fold is made up of two radial mountain folds that stretch from a single point on a central fold, as well as a reversing of the central fold on the affected end, both achieved at the same time.

Origami looks complex but if you follow or learn step-by-step origami hobby fold or guidelines, I think it will be easy for you. With the aid of a simple piece of paper and your imagination, you can create many wonderful models. I think, your kids like it very much. So, why you will be late, try this enjoyable hobby as soon as possible.