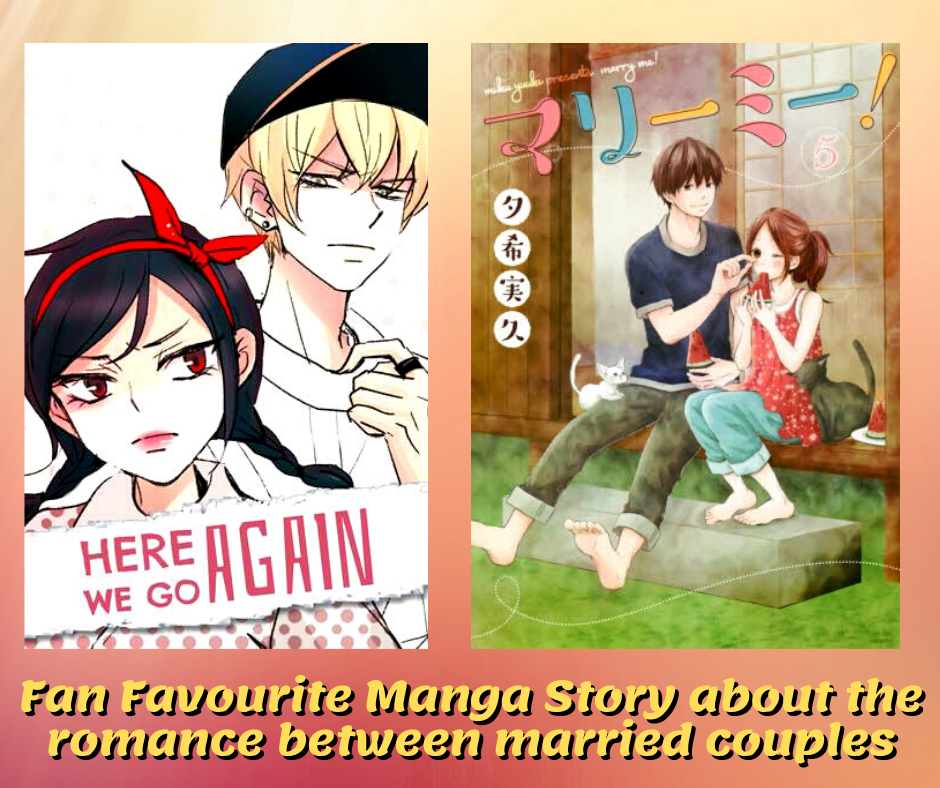 Manga is already an awesome thing to read. A lot of people are getting interested in manga story and as time flows the popularity of manga is rising. Reading stories is a good hobby because it helps you to withdraw from your everyday life while also improving your imagination.

Now, there are different types of manga such as action, adventure, fantasy, romance, horror, and many more. If we talk about the romance genre there are a lot of them. But what about the romance between married couples? I am telling you if you like wholesome manga then manga that features the romance between married couples will make you go crazy with its wholesomeness. This manga also features comedy, drama, and slice of life genres too.

But it will also make you feel lonely if you don’t have a special one, again it might inspire you to work hard so that you can find someone and take good care of him/her. But guess what if you have someone in your life these mangas might make you fall for your special one more.

We will recommend 5 married couple manga here that you can read and hope you will enjoy every page of these mangas.

Tonikaku Kawaii ( Fly Me to the Moon)

The manga story is about a boy named Nasa. Because his name was Nasa whenever someone sees his name they smile and soon he realize that NASA is the name of an American space agency. He then wanted to be more amazing than NASA so that no one can make fun of his name. He starts studying hard and making good results. But one day he saw a cute girl and fall are for her instantly. As he was going to call her suddenly get hit by a truck. But He was saved by the same girl whom she married later but who was she and how they get married is something you should find out. After they married you get introduced to a lot of cute wholesome situations and mysteries. Manga lovers always want the latest mangas as soon as possible but sometimes they can be short of money then the mangago website will help you. But even sometimes mangago websites become down at that time you can use these  4 websites.

The government just passed a new experimental law called “NEET Protection Law”. It is to re-introduce the NEETS into society. Here, Government workers are paired with NEETS. Our MC Akiyasu Shin is a civil servant who is selected in the new law and paired with a NEET called Sawamoto Himari. But the problem is Sawamoto Himari didn’t know that her grandparents registered her name in this new law.

Now how the married life is going to go and how they will manage their new married life while they don’t know each other at all is up to you to find out.

It’s a story about two childhood friends who got married recently and living their new married life. The husband and wife Ikuma and Sumika from the surface may look like they are living a very happy married life. But they have some problems between them. They are childhood friends who have feelings for each other but they are having trouble in advancing relationships from friends to lovers.

Through the manga, you will get to see the way they make progress in their relationship, remove the awkwardness, and support each other. This manga is filled with a wholesomeness that will really make you want to get married or make love to your wife. I guarantee you.

Kekkon Surutte, Hontou desu ka (Are You Really Getting Married?)

It’s a manga that doesn’t start with a marriage like other manga’s, rather it starts with a fake marriage.

The story is about two co-workers Takuya and Rika who work in a travel agency. Both of them are not good at socializing. But one day the travel agency gives news that the agency will select single employees and transfer them to their new branch opened in Siberia.

Both Takuya and Rika wanted to live the life they are doing till now. So, to get out of this situation Rika offers Takuya a fake marriage and he accepts. But soon they realize that they have feelings for each other.

Now, is it going to turn into a real marriage, and how they will approach each other? It’s filled with wholesome moments and it also has stories of other co-workers’ love and married life which are also interesting. Give it a read, you will like it.

Here We Go Again- Manga Story (Live or Not, We’re so Over… or Not)

This tells the story of two grandparents who regret their marriage. They quarrel with each other most of the time. But one day they went to a water park with their son’s family and in the water park, they lost their grandson. While searching for their grandson they fell into a well and became young again.

This manga story also shows some sites that you can see or have seen in today’s world. How family members may change after they have no use of you like this stuff.

Before we go, These are mangas that you will like if you give these a try. From me, I will highly recommend “Here We Go Again” for drama and “Mijuku na Futari de Gozaimasu ga” for wholesomeness.